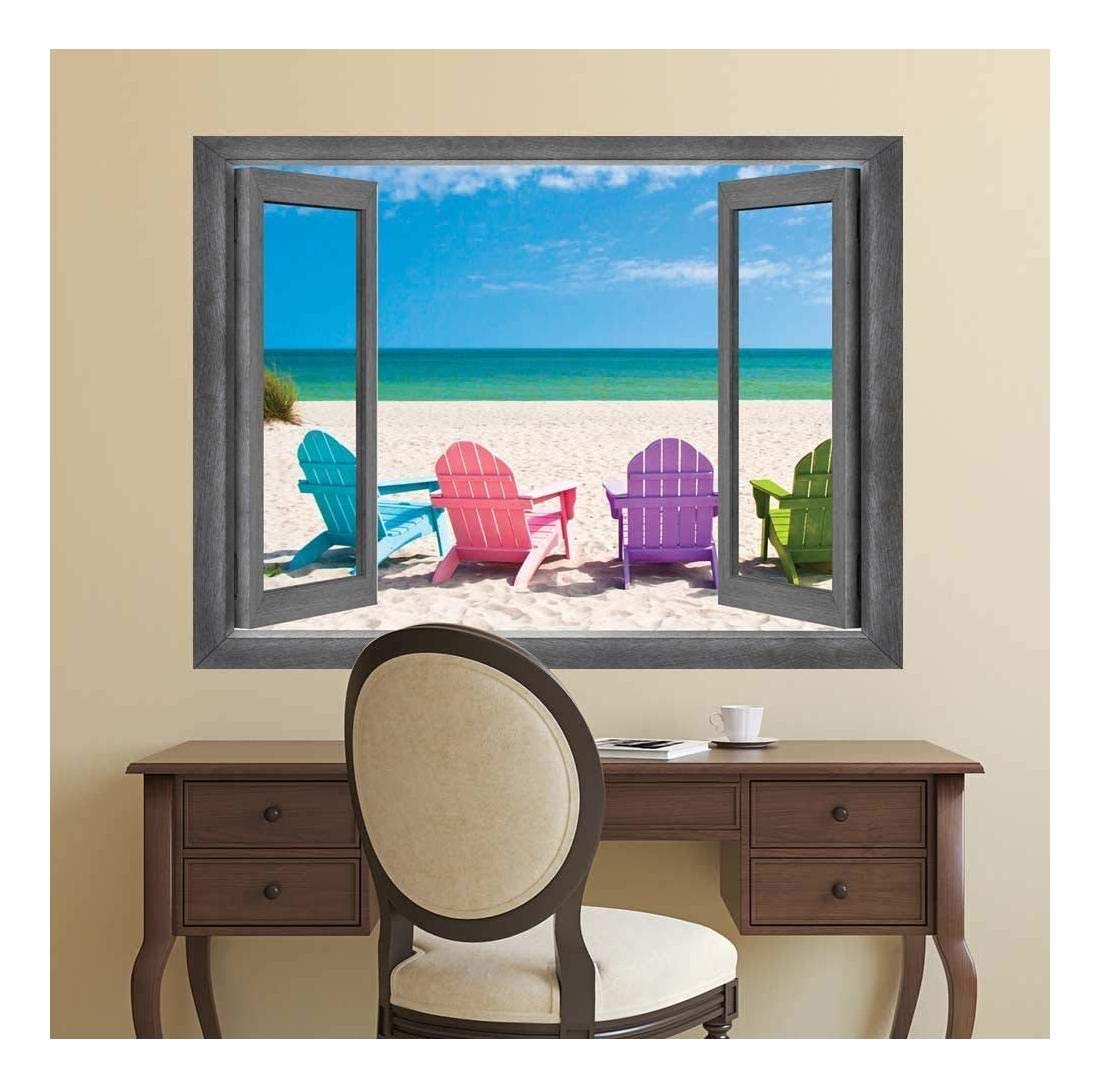 $21.99 Free Shipping
Marcella Bartoletti
Overall Rating:
This is a gorgeous wall decal, but it's been very difficult to install so I will have to ask someone for help. I also worry that hanging it in the bathroom may cause the ink to run. ):
Reviewer NCC-1701
Overall Rating:
This view of the outside is a great addition to out travel trailer.
Kristin Wilson
Overall Rating:
Perfect addition to my daughters new mermaid themed room. Easily applied to the wall and it doesn't peel away.
Frantastik28
Overall Rating:
no window in your office..... well you can have one now. Love it.
Patricia Chase
Overall Rating:
I’m looking forward to decorating a special wall with this. It looks a little more digital than expected, but the colors are very nice. The material is nice and sturdy too!
Corbin's RV
Overall Rating:
My desk is placed directly against an old wall and made me to feel a little claustrophobic so I looked into a variety of wall murals, finally choosing the 3' x 4' Daisy Flower under Blue Sky Open Window. I half expected the guys to make fun of me but just the opposite happened. Technicians and vendors alike have stopped to make positive comments. One even warned me that my window was open - just before it rained. As for me . . . It is nice to look out into a calm blue sky and, yes, it took care of my claustrophobia.
Note: After considering the directions, we opted not to use the peel and stick backing; instead just attaching it with stick pins. This allowed us to move it several inches to the right (when I discovered it didn't work where we originally placed it) and hopefully prevented future wall damage and bubbles.
lynda beaty
Overall Rating:
I purchased this to put in our grandkids play room/bedroom.They were elated.
Amazon Customer
Overall Rating:
I love this!!!! Looks amazing on the wall?
tina
Overall Rating:
I've purchased 2 of these, the first one I hung above my bed I did not stick it to the wall just tacked it.... Because I may be moving soon and didn't want to take the chance of ruining it by taking it back down.
I love mine so much I ordered one for my relative who was having to move away from the coast ... Giving him a beach view even though he no longer lives there!
NeNe
Overall Rating:
Back
Back

100% SATISFACTION GUARANTEED
We offer high-quality print for your wall art. We pride ourself to maintain an overall 5-star customer rating!

Free ground shipping on all orders!

FREE RETURN
If you are not completely satisfied with your purchase, you may return it within 30 days of receipt and receive a replacement or a full refund.
TOP