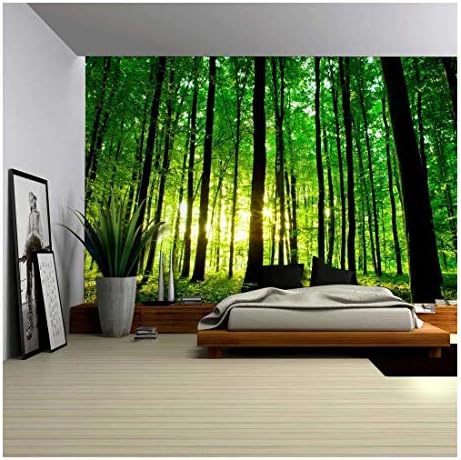 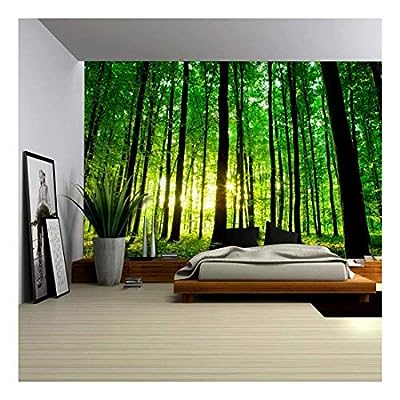 Dee Reviewed on 2018/10/11
Wow wow wow! So much more than expected. Just remember to mark your top line with a level (don't trust your roof line) and all will go fine. We are so amazed by the quality of the picture and easy to hang! The color was not an exact match but they mentioned that in their ad so we were not surprised.

Ricardo Mamiya Reviewed on 2018/09/17
I was seriously expecting the product to have better image quality and to be easier to install, can't deny that. It does take some skills to install it (a dumb person will have a hard time with this). BUT, HOWEVER... It does look great if you put attention and effort in it. I love the results. I just don't know how long will it take for the glue smell to go away. Third day already and still smells really strong.

Karen Reviewed on 2018/04/27
I had been looking for something like this for a couple months. The picture is EXACTLY what I was looking for. I love it!! It is a little tricky to install as the panels easily fold up on themselves.
It took me almost an hour to install each panel. Mind you, I #1 did it by myself, #2 was on a 18" wide ledge, #3 starting in a corner with a sloping ceiling. Definitely a challenge. And.... If anyone needs my DNA all they have to do is peel this think off the wall and they will find some hair...
But, it was all well worth it! It is over a ledge and I accented it with the pelican, blue hering and the crab pot.
Be smart.... Lay out all the pieces first. If you do you will easily notice that there is an overlap. Put the first panel up and then lightly tape the next panel up - just to gague placement, then put that panel up and so on.
I will get another one so I can cover the rest of the wall. It should match ok since it will be on the other side of that half wall - see photo

Amazon Customer Reviewed on 2018/04/22
So this was quite the teamwork to put up but husband and I LOVE it! It’s in our guest room and makes the room look bigger. Love love love!

Jennifer L. Parks Reviewed on 2018/03/17
Product looks great. Semi hard to install but worth it.

WENDY LADY Reviewed on 2017/12/05
It was a pain to put up, I had to trim some off the top, and is definitely a two person job, but I only have to do it once and I love the end result. It makes my room look amazing.

Nalbal Reviewed on 2017/10/16
I am a college graduate who has decided to live and work from home for at least the next year or two. As a result, I needed to update my tiny childhood room (in our little 1920's bungalow) to something I can comfortably live in for some time. I had originally only planned to paint the room (which was a challenge enough, given the unique plaster walls with 10+ layers of ancient wallpaper that cannot be removed)... but when I discovered this product I decided to give it a try! The best size for my wall was the 100x144 inch version, which translates to approximately 8.3x12 feet. It came in six vertical panels, and in my case I only needed five to cover my wall.
I'll talk negatives first:
There were no instructions or guidelines. Now, my folks and I are not new to hanging wall coverings so we were able to figure it out, but most people have never done this type of thing before. It would be helpful to include some basic tips for newbies. From a veteran wallpaper family, here are some tips for you people:
1. This product is very difficult to hang. As with normal wallpaper, do not attempt to hang this by yourself. Have at least one other person.
2. Do not trim the paper to fit before hanging. Walls are always *ever-so-slightly* imperfect, especially in old houses. If you have extra material, stick the paper in such a way so that there is extra on the top and bottom. This way if the wall slopes slightly (even by fractions of an inch) you won't find yourself with slivers of bare wall three panels down!
3. When smoothing out bubbles, don't swish your hand side-to-side. Gently but firmly palm the wall from the middle of the panel out towards the edge. This ensures a smoother finish.
4. The "extra" image overlap IS SUPPOSED TO BE THERE!!! Stop rating this product poorly because of that detail! This is how you ensure a perfectly smooth transition between panels. That being said, OVERLAP these edges, don't trim them. With wallpaper you would trim after the overlap, but the mural material is so thin that you would risk ripping the edges or damaging your wall.
Now, to continue. Let's be clear: THIS MURAL IS NOT WALLPAPER. It is a giant STICKER. When I first unrolled the panels I thought it felt heavy and pleasantly textured like wallpaper... but I quickly discovered that the discarded "backing" was actually twice as dense as the actual mural paper. The mural itself is very, very light and it gets stuck to itself all too easily if you are not extremely careful. Additionally, we discovered that we couldn't unroll the backing gradually at the same time as we hung the mural. The backing was so tightly adhered to the mural that we risked ripping the mural right off the wall-- and the backing is so dense in comparison to the material of the mural that when rolled up it got bulky far too quickly. So we had to take off the entire backing FIRST, and pray to God that we didn't get the 8 foot sticker stuck to anything as we brought it up to the wall for hanging. A few times we had to un-stick the mural and gently reposition it (which it did very well), but it did take some paint with it. So, be careful, folks. The unusual difficulty tempted me to rate this product 4 stars instead of five, but I think this is just the nature of a decal-type mural versus regular wallpaper so I won't.
TIME FOR POSITIVE REMARKS, which prompts the 5 Star rating...
Once it is on the wall, the mural is absolutely breathtaking. The colors are just as rich and vibrant as they are depicted in the product image. The photo quality is superb: standing very close to the image you can see how it blurs to a soft fuzziness, but there is no rough pixelating at all... it is not noticeable from a distance. The seams are almost completely invisible. The overall effect of the mural is pure glamour. There is a strong scent when the mural is first hung but it is not unpleasant (quite the contrary... it smells clean and fresh).
For the price, this is an excellent product and I would definitely recommend it!

Amazon Customer Reviewed on 2017/08/14
Looks amazing! I absolutely love it! It took a bit longer to put up than we thought but once we figured out a good system it went faster. Would recommend to anyone who is looking to make there room unique.
Write a review See all 23 customer reviews
How to Install?
Browse More Wall Art 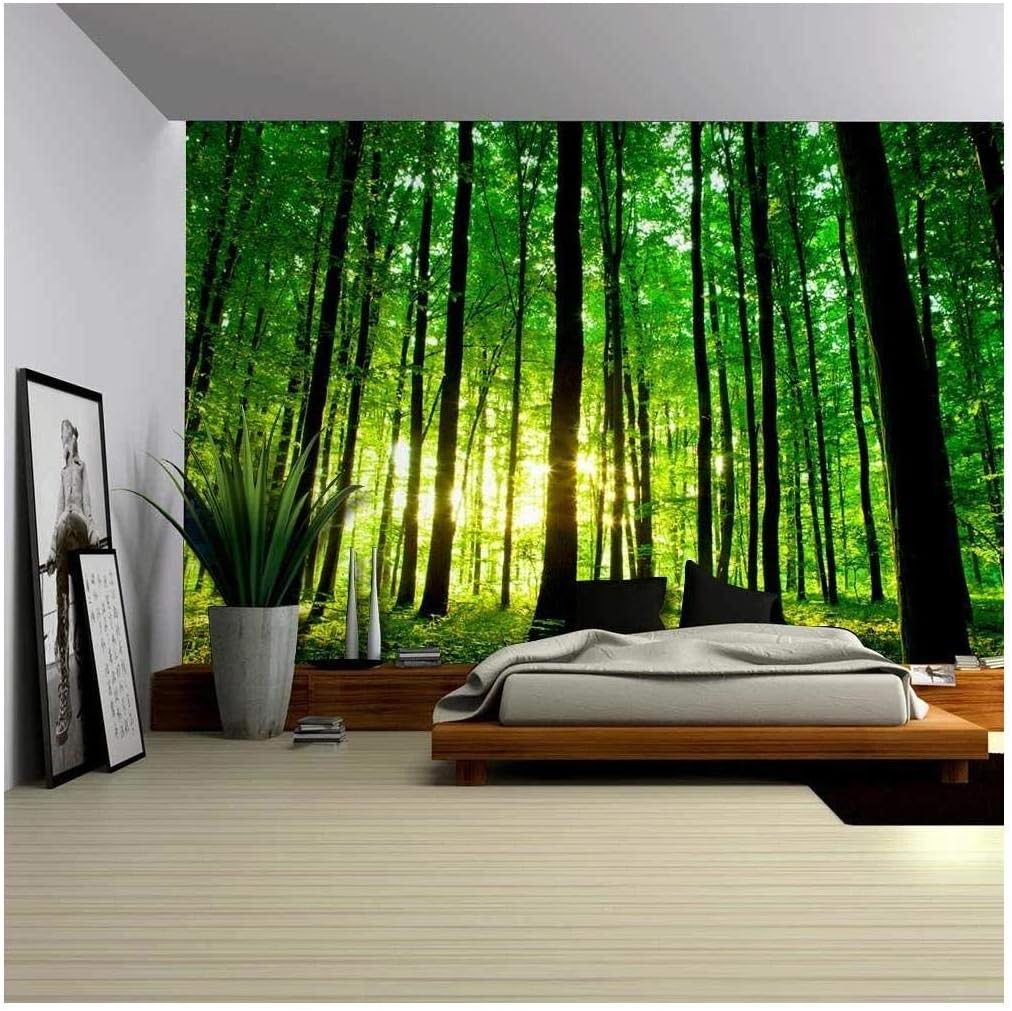 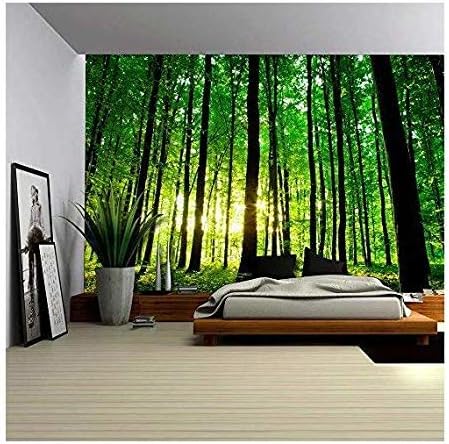 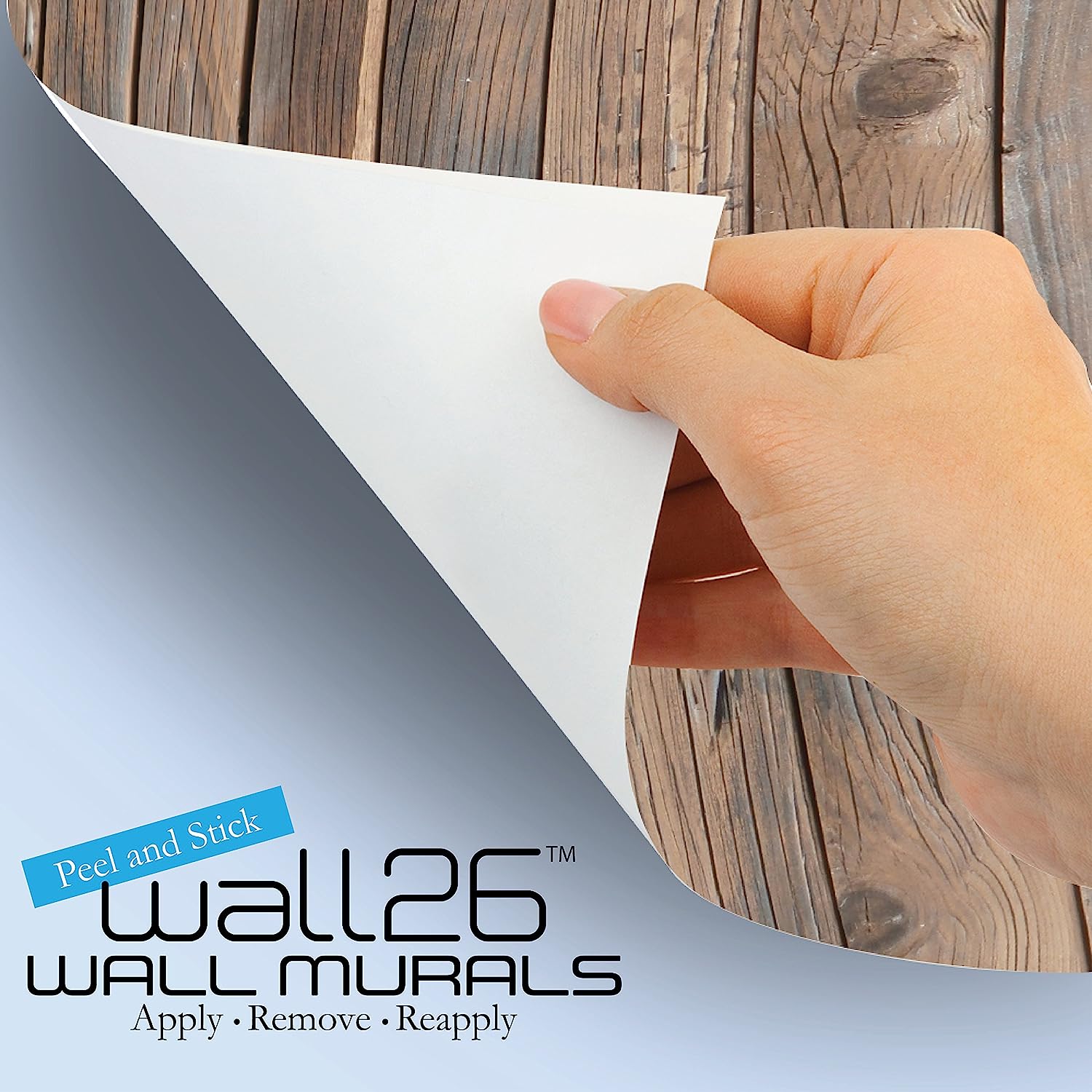 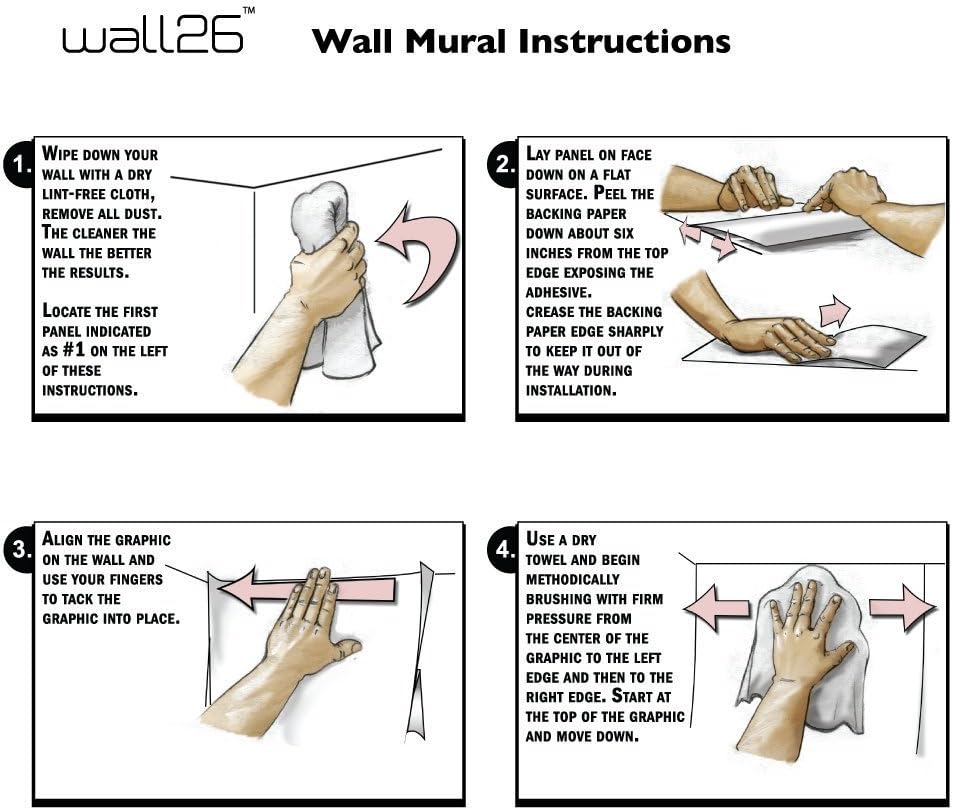 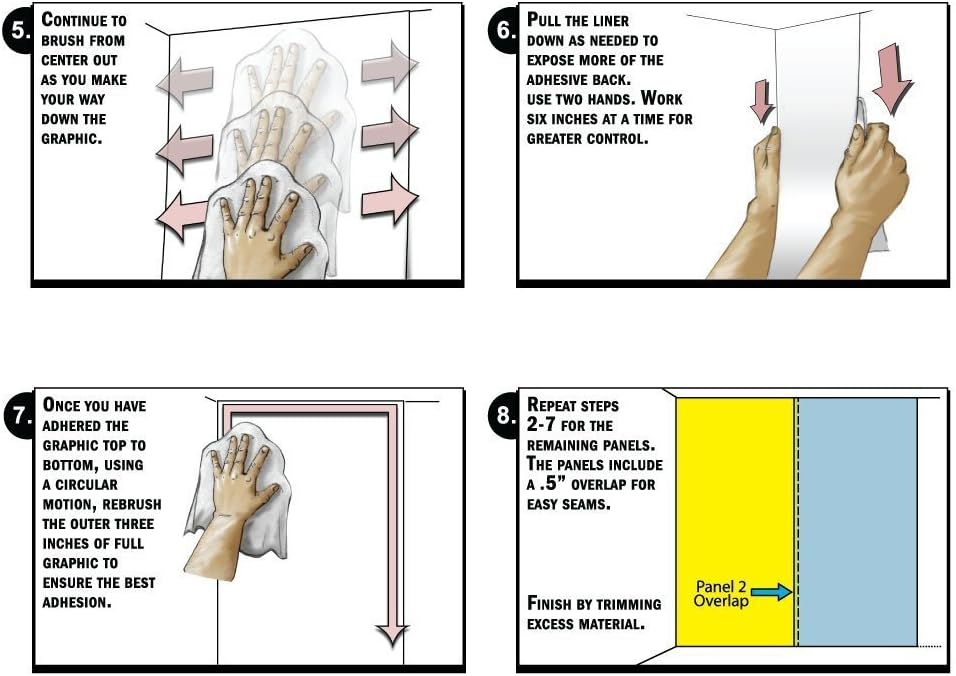